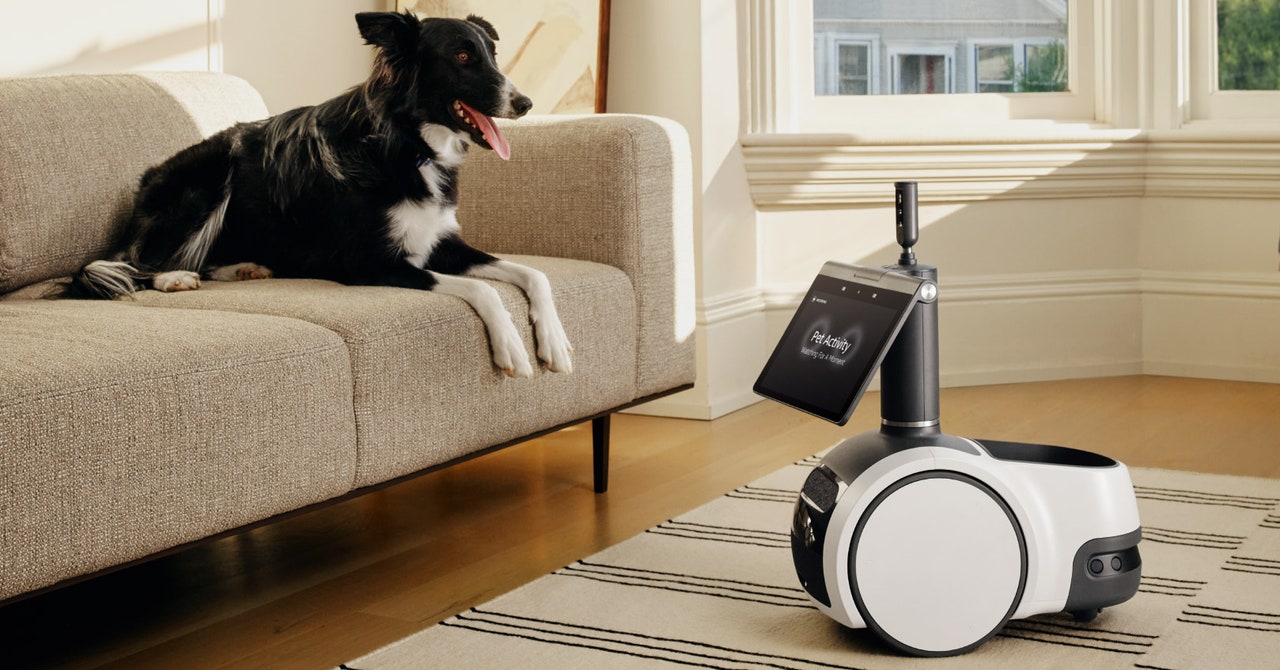 Jeff Bezos has wanted a home robot for a long time. By 2017, Amazon’s founder, an avid sci-fi fan, had repeatedly asked the company’s engineers and executives about the feasibility of such a project, says Ken Kiraly, a vice president who helped create the Kindle ebook reader.

That was the year Amazon’s special projects team judged that it was finally the right time to begin building a home robot, due to the maturity of artificial intelligence and robotics, falling cost of sensors and computer chips, and risk that competitors had similar plans. They got started despite one big unknown: what Amazon’s home robot would be good for. “Robots are hard,” says Kiraly, who put together the team on the project. “We didn’t know what the value would necessarily be right then—but we knew it was going to take a while to get there, so we said we have to get started.”

The result was Astro, a cutesy, two-wheeled robot about the size of a bowling ball with a touchscreen for a face and a little periscope for peering over tabletops. It can automatically map your home using several sensors, and will then wander curiously around, avoiding obstacles, people, and pets. Users can also log in to the robot and control it remotely. However, as the less-than-glowing early reviews pointed out, it still isn’t all that clear why anyone needs this machine underfoot. Amazon suggests that Astro can help you keep an eye on your home from afar, by recognizing different people and then sounding an alarm, and sending an alert, if it comes across a stranger. That’s neat, but not exactly a killer app.

Despite Astro’s lukewarm reception, Amazon remains committed to the project. On a recent visit to Lab126, the Amazon division responsible for developing hardware devices, in Silicon Valley, Kiraly and others said that the company firmly believes domestic robots will one day become widespread. And they described how such devices offer a powerful way for Amazon to fulfill its main objective—anticipating customers’ every want and need. “Astro is our first robot, it’s not our last,” says Ken Washington, general manager of Amazon Consumer Robotics and head of the Astro project.

At Lab126, Amazon explained a new feature publicly announced at its virtual hardware showcase today that allows the robot to recognize when a door or window inside a home has been left open, and alert its owner. That upgrade doesn’t make Astro a must-have, but it is rooted in AI technology that could allow the robot to learn all sorts of useful things about a person’s home by looking around and receiving some instruction.

Activating the new feature requires a person to take Astro on a tour of a home, pointing at doors and windows and speaking phrases such as “front door” out loud to teach the robot how to refer to them in future alerts. The robot makes use of an AI model trained on both text and images, similar to those used to generate AI art. Previous post After All That, Don’t Worry Darling Is a Movie About Suits Next post As a victim of identity theft, I know just how quickly it can happen – and how hard it is to fix | Martha Bedggood
William