Suggesting that literature has a singular higher purpose is ludicrous; it is and can do many things. But some of the bravest, most enduring pieces of writing are those that uncover, then challenge, a nation’s troubles. These works are, of course, most effective when the prose itself is great. In his essay on the Uyghur writer Perhat Tursun’s novel The Backstreets, Ed Park focuses on the book’s artfulness, rather than its politics. But he also comments on the “downright brutal[ity]” of the protagonist’s life—the mistreatment and the violence he faces—as a Uyghur man living in Ürümchi, the capital of China’s Xinjiang Uyghur Autonomous Region. Park imagines that the novel’s descriptions of racism against Uyghurs contributed to Tursun’s 16-year prison sentence.

Like Tursun, Orhan Pamuk has also faced retribution from the country he takes as his subject: Turkey. As Judith Shulevitz explains, Pamuk must contend with numerous “political and legal constraints” on his writing; he was charged with “denigrating Turkishness” after alluding to the Armenian genocide in an interview and is now under investigation for allegedly mocking Turkey’s first president in his most recent novel. He has also suffered threats and harassment, though bafflingly, it’s impossible to determine who exactly is behind these aggravations. Thus, they seep into his writing, creating a “literature of paranoia.” In the U.S., Jamil Jan Kochai has used surrealism to criticize the United States’ endless wars in the Middle East, showing “how inured we’ve become to the strangeness of war,” writes Omar El Akkad. And if a writer is around long enough, one might be able to trace the arc of a country’s history in their work. In his penultimate novel, John le Carré observed and bemoaned the fact that, in recent years, “money has displaced ideology as the primary battleground” in his native Britain.

Today, the historian and writer Andrea Wulf believes that challenges to our individual autonomy are chief among the troubling developments in America. In her recent book, she writes about the Jena Set, the group of German philosophers and poets who came together at the turn of the 19th century and “revolutionized the way we think of ourselves and the world.” Today, we are “empowered” by the “absolute importance they placed on personal freedom,” Wulf notes. “At a time when we find our democracies hollowed out and threatened by liars, despots, and reactionary politicians,” she writes, we must “fight for this legacy.”

Xinjiang has produced its James Joyce

“Persecuted by the religious right and its foe, the Chinese Communist Party, Tursun would be a heroic figure regardless of the quality of his output. It’s bittersweet for us Anglophones, then, that the slim evidence we have—136 pages, distilled over a quarter century—is close to a perfect work of art.”

“When Pamuk called himself a paranoid writer, he named other masters of the genre—Dostoyevsky, Borges, Eco, Pynchon—and then said he had a certain edge over them, having grown up in a country that ‘has appropriated paranoia as a form of existence.’ He was referring to Turkey, of course, a nation of political chaos, military coups (four since Pamuk was born, in 1952), and frequent furor over anti-government plots.”

The dark absurdity of American violence

“By using a fantastical style to describe the ordinary lives lost over the course of the war, Kochai brings into relief the farcical nature of a conflict in which an army can investigate itself for the death of phantom terrorists killed remotely from a control room. The result is a dark literary impeachment, a fable in which the emperor is missing not clothes but a conscience.”

“In many ways, the intrigue of Agent Running in the Field is secondary to its function as a renowned author’s scathing indictment of a country selling itself out.”

Where our sense of self comes from

“Freedom brings with it both responsibilities and dangers. The friends in Jena struggled with that, just as we do today. From the moment this seismic shift toward an empowered self rippled out of Jena, people have had to deal with the perils.”

📚 Magnificent Rebels: The First Romantics and the Invention of the Self, by Andrea Wulf 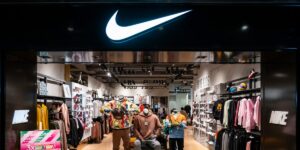 Previous post For 12 years, Nike has reigned supreme with teens as their favorite clothing brand 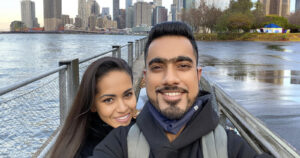 It’s 1968 and black tie dressing is all the rageIn the Observer Magazine of 8 December 1968, John Fairley reported that hiring-out firms had doubled turnover in the previous three years in a countrywide revival of the dinner jacket, and thus provided ‘a casua…

Is your kids’ bedtime data-led or boundary-free? Is the naughty step unused or well worn? Our guide decodes modern parentingSubscribing to this umbrella term for methods that have their beginnings in clinical and developmental psychologist Diana Baumrind’s au…