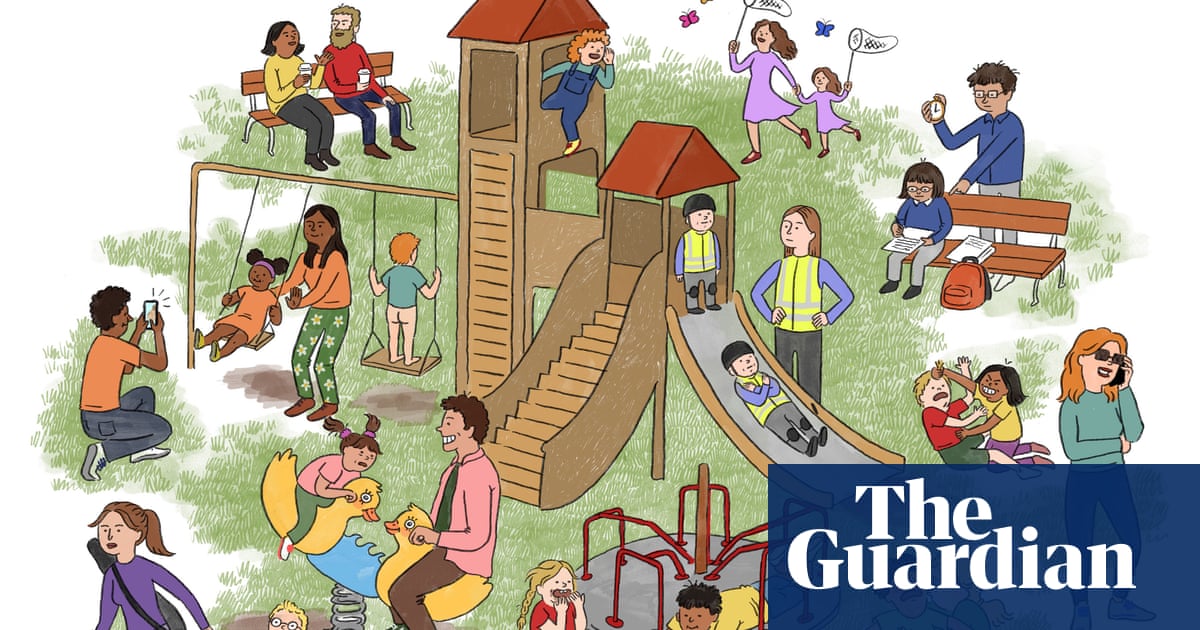 The gently does it

Subscribing to this umbrella term for methods that have their beginnings in clinical and developmental psychologist Diana Baumrind’s authoritative style (some boundaries set, but with a very child-centred approach) puts you in one of the 2020s’ most populous tribes. You acknowledge that your child’s brain and emotional regulation are still developing, put yourself in your child’s shoes and think about how you’d feel if, while you were sobbing, someone shouted at you to “just get in the bloody car!”.

You smile knowingly at a fellow parent in the playground who, instead of telling their child to get off the slide because it’s dinner time, is explaining to them that it’s fantastic that they love the slide so much, and they understand it can be hard to leave things we love, but it would be really brilliant if they’d just pop off the slide so the five other people waiting could have a go.

You spend a lot of time on Instagram (just not in front of the children) trying to learn new scripts that acknowledge your child’s feelings. You believe that the way you were spoken to has been key to how you think today and want to stop repeating the same patterns. You believe it’s OK to set boundaries, and for your child not to like them much – but that in time, with persistence and speaking to them on their level, progress will come.

As a paid subscriber to Emily Oster’s ParentData newsletter, you walk a fine line between anxiety about whether you’re doing it right and reassurance that if Emily has crunched some data on it, there’s definitely an answer.

At one point you probably listened to the midwife at a prenatal clinic appointment and thought: “Really? Is that all the information you have for me?” While pregnant, you had Oster’s book Expecting Better pressed into your hand by a friend, along with a glass of wine.

You believe that, yes, every child is different, but also that there’s probably some evidence out there that can be of more help than a Mumsnet forum at 3am. Each matter should be assessed with the keen eye of an analyst.

You definitely have a copy of Freakonomics, and understand that many accepted parenting paths – and ideas about how children’s brains work – are based on old and often debunked science, or just no science. At dinner parties with other parents, you’ll cut in with: “Actually, if you read Nurtureshock: Why Everything We Thought About Children Is Wrong, you’ll find dishonesty can be a positive trait.”

You’re team Gina Ford – and you’re ready to fight for her. You’re probably able to fight vigorously for her, too, as you usually get 12 hours’ sleep every night. You believe there’s nothing chic about insomnia and letting a child rule your life. Being able to eat your dinner before 9pm every day with both hands never goes out of style.

You know that being strict is not for everyone, but also know everyone loves the bit at the end of Supernanny where Jo Frost goes back to the parents’ house and everyone is a lot happier. Your naughty step is well worn, the fridge is adorned with progress charts and your vacuum cleaner isn’t jammed up with peas because your kids don’t throw them off the table. Your kids say sorry and, like the French, eat everything. The stopwatch on your phone is regularly employed.

You also know that, secretly, most people have tried your way – otherwise how would Ford’s books at one point have accounted for 25% of the childcare books market?

Gurus Gina Ford, Jo Frost (AKA Supernanny)Do say “That’s your five minutes on the naughty step. Now let’s get moving – we’re 20 seconds late for your nap”Don’t say “Sure, if you’re not feeling tired you can have the iPad”

You’re a fan of attachment parenting, co-sleeping and longer breastfeeding, and shudder at the idea of a child being left to cry it out. Like your chief guru Penelope Leach, you believe having children changes your life and you have to come to terms with that. If you use childcare, you feel guilty about it – or do lots of research and use a childminder, nanny or family member. You believe you should find the joy in parenting – yes, even that the toddler stage is fun. You know it’s important to understand what’s going on with your child at each stage and what they need from you, which can be found by using your instincts.

It’s not about allowing them to do whatever they want (see the freewheeler, below); it’s about placing them at the centre of decisions and trying to understand what they need, even if it contradicts what you might like. Leach was against crying it out or sleep-training methods, said the science backed her up and was unafraid of controversy. She once said: “If you really, really don’t want a baby to make any difference, you could try not having one.” So happy mum, happy baby isn’t really the vibe.

You add new meaning to the expression “Let them eat cake” by always giving in and letting them eat, well, whatever they want. In fact, there’s probably not even any “giving in” because the boundaries aren’t there to be conceded. Moods are completely indulged; few demands are made. Your child is allowed to touch, jump off and climb whatever they like: minor injuries help them learn.

There is a chance you actually follow methods that are regularly mistaken for permissive parenting, such as the Free Range Kids approach, which claims you can raise kids with limited supervision and a “reasonable acceptance” of risk.

You believe, like author and so-called World’s Worst Mom Lenore Skenazy, that our fears around children have gone too far and we need to allow them greater freedoms to build confidence and skills. You believe we cater too much to imagining the worst and that our kids could stand to experience some more of what “we” grew up with to build self-reliance.

Gurus Guru? Who needs a guru?Do say “Sure, go for it”Don’t say “Mind out! Danger! Be careful!”

Whether you’re a tiger mum, your child’s a little emperor or you prefer the term “concerted cultivation”, you’ve certainly got a packed schedule as a hyper-parent. You laugh in the face of family-organiser calendars that just say “swimming” on Wednesday and “gymnastics” on Friday. Your child is being readied for success – and you can cite plenty of studies that show everything from name choice to bilingualism is a sure sign of finding it in later life. Expectations are unapologetically high – and woe betide anyone who gets you started on the idea of everyone getting a medal on sports day. Every moment of the day can help ensure your child’s future prosperity, from eating meals properly to being able to talk to adults. Discipline is rarely needed as it’s inbuilt.

Yes, you’re feeling exhausted now, but what could be more important than your child’s life? And if pensions continue to decline, having a CEO in the family isn’t a bad plan B.

You believe too many parents are obsessed with scheduling and setting their children on a path to unattainable perfection. You believe love and bonding are the most important things, ahead of social engagements, clubs or the demands of the modern world. You’re spontaneous and know that even the most mundane household chore can be made into a family activity that brings everyone together, encouraging independence and the ability to cope with stress.

Bath time can be play time, bonding time, learning time – not three minutes to be endured. You feel our “too much, too soon” culture is overwhelming, and that instead we should consider what we want a great home life to look like. You’ve probably never spent a Saturday driving two kids to five different birthday parties; you’ve probably had a leisurely breakfast and just seen where the day takes you – even if that’s barely to the end of the garden.

Gurus Kim John Payne and Lisa M RossDo say “Let’s just stay in the garden today and talk”Don’t say “If you take them to phonics at 4pm, I’ll get them to Cantonese lessons before nursery”

This is also called overparenting or helicopter parenting, but you’re not keen on such terms, because what is more important than ensuring the happiness and safety of your child at all times? You see yourself as one of those animated brooms from Fantasia, sweeping away every problem from your child’s path. Autonomy is fine for others, but the expression “mother knows best” didn’t come from nowhere.

Yes, you have possibly set up a fake Instagram account to check on their every movement (and those of all their friends and anyone who has ever liked one of their posts), but it’s with good intentions, and protection from pain and disappointment is key – after all, isn’t making successful, happy children what all of this is about? You’ve got an excellent knowledge of everything from simultaneous equations to oxbow lakes, because your poor child can’t be expected to do all of their homework alone.

The meta mum or dad

Yes, all parenting books are ultimately about telling parents what to do, but you believe parenting style is less about the child and more about where the parent is coming from. Whether it’s about promoting mindfulness, learning strategies to stop you losing your mind when they demand crisps for breakfast or delving into your own learned behaviours or traumas, it’s important to address where your reactions come from before figuring out how you’ll address your child’s.

You’re a fan of anything that reassures you that you’re not a bad parent for struggling: this, at the very least, helps you understand why you might be tearing your hair out. You’re looking for strategies to get you through bedtime, not to get them to sleep, even though sometimes they may seem like the same thing. Sometimes, you know, you need to parent yourself.

Gurus Philippa Perry, Anna Mathur, Carla Naumburg, Hunter Clarke-FieldsDo say “I need a minute to think about what to say”Don’t say “This is your fault!”

One thought on “Decoding the modern parent: which tribe are you in – data-driven, child-led or permissive?” 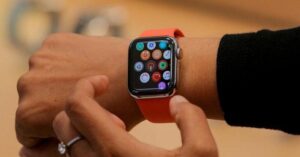 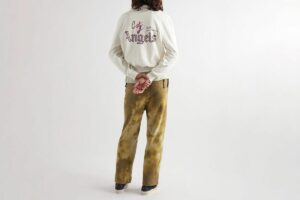 It’s 1968 and black tie dressing is all the rageIn the Observer Magazine of 8 December 1968, John Fairley reported that hiring-out firms had doubled turnover in the previous three years in a countrywide revival of the dinner jacket, and thus provided ‘a casua…

From a contemporary art hotel in Bristol to sleek refurbs in Edinburgh and Margate, plus three London openingsStep through the gleaming white portico of the Nici and you could be in South Beach, Miami. Statement artworks, bold fabrics and clean white walls me…