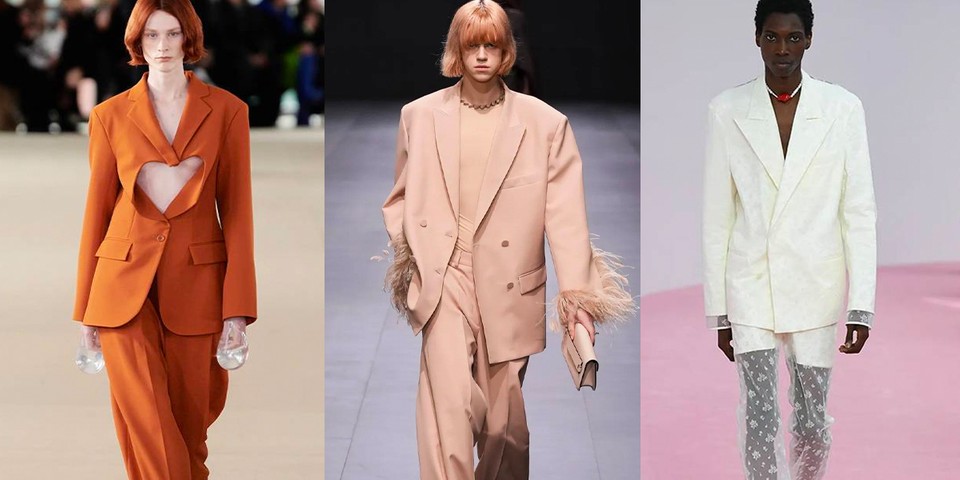 Paris Fashion Week has finally come to an end, meaning fashion month for Spring/Summer 2023 is also officially wrapping up. With over 50 shows this week, many of the world’s biggest brands have shown their most recent collections, drawing attendees from around the world. As the fashion industry evolves to a post-pandemic setting, the buzz of the city returns in full force and creative styling and designs continue to inspire high fashion.

This season, PFW saw a surge in impeccable tailoring that heavily focused on androgynous suiting. Based on the shows presented at PFW, it is apparent that for SS23, designers are mixing up gender norms more than ever. New York Fashion Week set the tone for unisex well-tailored ensembles with the likes of Peter Do and No Sesso. Similar suiting motifs carried on to Milan Fashion Week with the return of classic, Italian tailoring.

Staple formalwear has received a much-needed refresh in Paris. In recent years, the industry has seen the revival of the pantsuit in womenswear since the days of Phoebe Philo and her Midas touch at Chloé and Céline. Philo sparked a new aesthetic movement that brought clean minimalism with sophisticated silhouettes, introducing a new vernacular of the modern woman in the suit. Flash forward nearly a decade later, Philo’s influence has pushed brands to emphasize easy-to-wear and aesthetic-focused clothing that fits all-gender. No longer are suits considered purely menswear, but rather alternatives to everyday wear as well as traditional formalwear.

Long gone are the days of fitted tailoring as the resurgence of boxy blazers and voluminous overlays take over the runway. Traditional formal menswear archetypes have collided with feminine motifs such as sleeve cuts, black slits, and cinched waists, creating an all-around androgynous aesthetic. Botter kicked off the week with heart-shaped lapels on suits, while Mary-Kate and Ashley Olsen’s fashion label The Row challenged gender norms, with box-cut blazers and wide-legged trousers.

Valentino follows in the footsteps with the expansion of its relaxed-fit tailoring paired with frilled sleeves while Vivienne Westwood and GmBH took a more grunge-like and homoerotic approach that merges ’80s rave culture with maximal formal wear. Menswear and womenswear were stripped of its gender roles for both collections, seeing male models wear a suit and tie that consisted of leather shorts, for instance.

Of course, a conversation about androgynous suiting cannot be had without the mention of Thom Browne continued to cause a spectacle. Men continued to sport the signature Browne tailoring ensemble that featured subverted traditions with a pleated kilt. Blazers arrived in a range of pastel colors with structures that did not conform to the traditional suiting concept. Low rise, culotte tailored trousers were paired with cropped dress shirts and lengthy blazers injected a youthful fun while also bringing new heights to tailoring.

As Paris Fashion Week concludes the SS23 fashion month, it has become more apparent that when it comes to suiting and tailoring, gender ideologies have evolved and fashion is rewriting the definition of traditional menswear and womenswear.

In other Paris Fashion Week moments, here are the best street style looks and footwear. 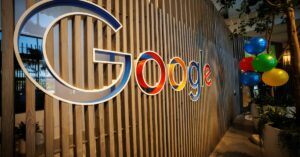