House of the Dragon brought its first season to an explosive end with Daemon and Rhaenyra both ready for war after Lucerys’ heartbreaking death. This season certainly gave fans all the action they could stand, from absolutely gross and shocking moments to stunning revelations and shady moves that set the stage for a Targaryen vs. Hightower battle. However, the biggest gifts that we receive from TV shows are often those lovely details that spark joy… or thirst… or joy and thirst. In The Boys, it is MM’s impeccable lineup of T-shirts. And in House of the Dragon, it’s Daemon Targaryen and his penchant for a great hairstyle.

Sure, he’s the internet’s new boyfriend because of his frequent chaos, scathing commentary, and sometimes unhinged behavior. But we really, really dig the hair journey he’s gone on so far. Some fans love his long and flowing yet neatly arranged locks while others dug the closer coif. And, who can resist those tufts of hair peeking from under his murder and scheme cloak? So, let’s rank Daemon Targaryen’s main hairstyles from least best to best best. Because while he is incapable of playing by the royal rules, he cannot fail when it comes to giving us looks.

4. The Short and Very Sassy Sweep

After yet another time jump of several years, we discover that Daemon Targaryen and his hair are once again different. Our chaotic legend has been hanging out in Pentos and growing his hair out again. It’s not quite as long as it originally was but the styling is still the same. And, delightfully, we get the murder cloak once again (even though the murder is not real) for a short bit. So it is a great happy medium between his princely locks and the closer cut.

When we meet Daemon Targaryen in episode one, his hairstyle is quite traditional with the long, flowing white locks. He keeps it super neat with a half up in a ponytail, half down look, leaving some loose tendrils at his temples. Very princely hair, indeed. Somehow, it even looks good tucked under a jousting helmet with just enough peeking out to catch some wind action. Daemon’s hair is the complete opposite of who we discover him to be: a consistent purveyor of chaos going on with some loose tendrils at his temples. It’s nicely put together, the complete opposite of his whirlwind of chaos that causes Viserys to name Rhaenyra his heir.

2. The King of Controlled Chaos Coif

Allow Daemon to reintroduce himself! After some time away, Daemon comes back home in episode four with a makeshift crown, the title of “King of the Narrow Sea,” and a short cut that really suits him. Really digging the loose strands near his face that he coolly sweeps back with a glimmer of destruction in his eyes. Will he embrace you or stab you? You can never be sure. The tapering at the nape of his neck puts this one above almost all the others. He also covers it with that murder cloak in episode five when he kills his wife. That is, of course, is very bad behavior but he looks like a really cool Legend of Zelda character. It is truly a style worthy of reverence.

This haircut really symbolizes a shift in his personality from being unbridled mayhem to a more controlled and calculating chaotic version of himself. He’s thinking several moves ahead and keenly aware of where everyone stands despite living outside of King’s Landing.

War Daemon calls for a messy take on his hair, even though he tosses a lil braid action our way. (Gotta love a braid!) Sure, there’s a little bit of helmet hair when he first takes it off. And it probably smells like burnt toast and dragon. His hair gets a battle upgrade towards the end episode three, giving us the best Daemon Targaryen hairstyle with that tousled, braided creation. He goes into killer mode and faces a literal army. Lots of blood splatter, lots of sweat, some dashes of dirt… now this is a hairstyle befitting of this rogue prince. Love to see it. Need more of it. 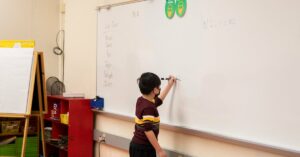 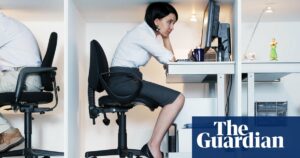 Next post Tape measures at the ready: do you have enough elbow room at work?
William

The findings are a concern for Black women, researchers say, who are far more likely to report using straightening products such as relaxers.